2015 EUROPEAN SUMMER TOUR VIDEO:
This is a peek at some of the long nights and weird days of the Ramming Speed 2015 Euro tour. Shot and edited by Blake The Snake (with video submissions from friends and fans), you’ll see video of shows we played with Deathrite and DRI, footage of Ieperfest and Dynamo Open Air, and general European hijinks.

Twice now Fluff Fest in Czech Republic has been one of the best shows we’ve ever played. Thousands of hardcore kids from all over Europe meet up on an air field to stage dive, circle pit, eat awesome food, camp out, and participate in the very best that the worldwide DIY scene has to offer. This video is a few songs from our set this summer:

PREMIERE: TEAR DOWN THE “WALLS” WITH A SAVAGE NEW BANGER FROM RAMMING SPEED

Noisey just premiered one of our favorite songs from the new record. We’ve been playing this jam all over Europe and now the rest of the world has a chance to break its fucking neck. Click the link and get wild.

Here’s a press release that Prosthetic just sent out. It has all the info needed about a brand new 7″ and our upcoming European summer tour:

Richmond-based metal punks RAMMING SPEED are thrilled to present “Don’t Let This Stay Here,” a brand new track taken from their recent recording sessions at GodCity Studios with famed producer Kurt Ballou (Skeletonwitch, Converge). The song will act as the A-side of a special, limited-edition 7” the band will release in conjunction with their upcoming European tour, which kicks off in Holland on July 17. The song will also be included on their upcoming full-length, due out this fall, while the B-side (“The Wraith”) is exclusive to the 7-inch.

Listen to a stream of the song via Metal Injection or directly via YouTube below!

The band released the following statement regarding the new song’s message: “‘Don’t Let This Stay Here’ is our reaction to the Edward Snowden leaks that confirmed the U.S. government’s saving of all our phone calls, text messages, emails and web searches in giant server farms. To us, that is fucking terrifying and unacceptable, and this is our rallying cry against it.

The citizens building the first top secret atomic bombs in Oak Ridge, Tennessee were told: ‘What you see here, what you do here, what you hear here, when you leave here, let it stay here.’ This song is for the NSA employees that question what they are doing. It’s for the American civilians feeling betrayed by the breaches of privacy, and it’s for the people at our shows singing along and sharing our frustration. Don’t Let This Stay Here. Spread the word.”

RAMMING SPEED have spent the past two years vigorously touring across the United States and Canada with acts including Toxic Holocaust, Valient Thorr, 3 Inches of Blood, Revocation and Goatwhore in addition to appearances at the annual CMJ Festival in Brooklyn and Gainesville, Florida’s FEST. The group’s stop, however, is Europe.

“It’s been probably 4 or 5 years since we were last in Europe, so we’re incredibly excited to get back there again and have a 7” with new music to bring with us,” stated drummer Jonah Livingston. “This tour has us playing on some huge shows like Brutal Assault, Fluff Fest, Leperfest and Motocultor Festival and a bunch of killer club shows with bands like Toxic Holocaust, The Black Dahlia Murder, DRI, 7 Seconds, Gama Bomb and Deathrite. Come hang out with us!”

A list of the band’s currently confirmed tour dates appears below. More shows will likely be added in the coming weeks; stay tuned to www.rammingspeedband.com for updates.

more dates to be announced soon!

We’re currently working on booking our July/August Euro tour. Here are a few of the shows confirmed so far: 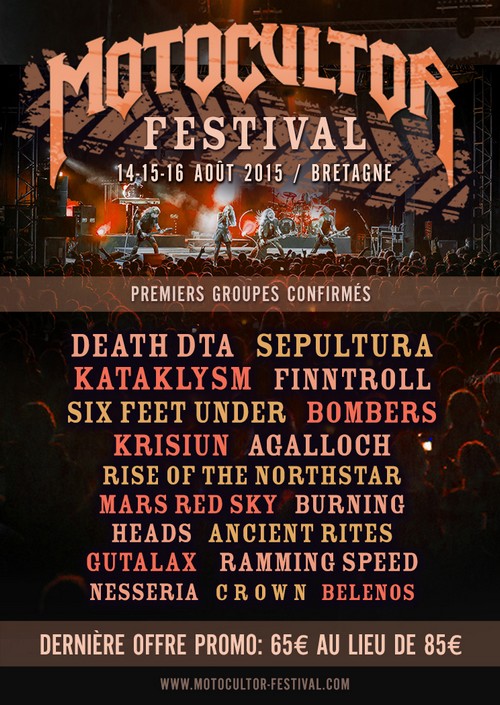 We are currently booking festivals and shows for July/August in Europe, and will most likely be touring the US afterwards. Get in touch with Tjerk at LoudNoise booking (T.maas@loudnoise.nl) for Europe and Greg at Crawlspace Booking (Greg@crawlspacebooking.com) for US gigs.

An anthem for all the road dogs still slugging away, hungry and ready for more, our first music video is a love letter to the DIY scene. Metal Injection are handling the premier and revealed that we’re heading back into Godcity with Kurt Ballou right before Christmas to record a new full length. Head over to MetalInjection.net to read more about the video and new music.